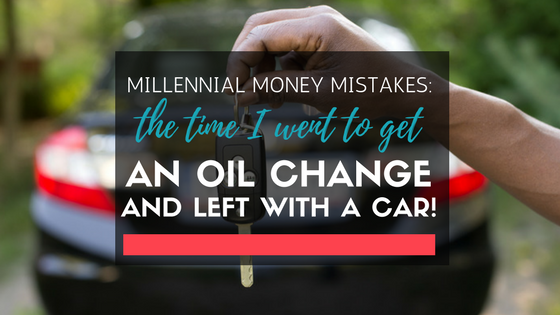 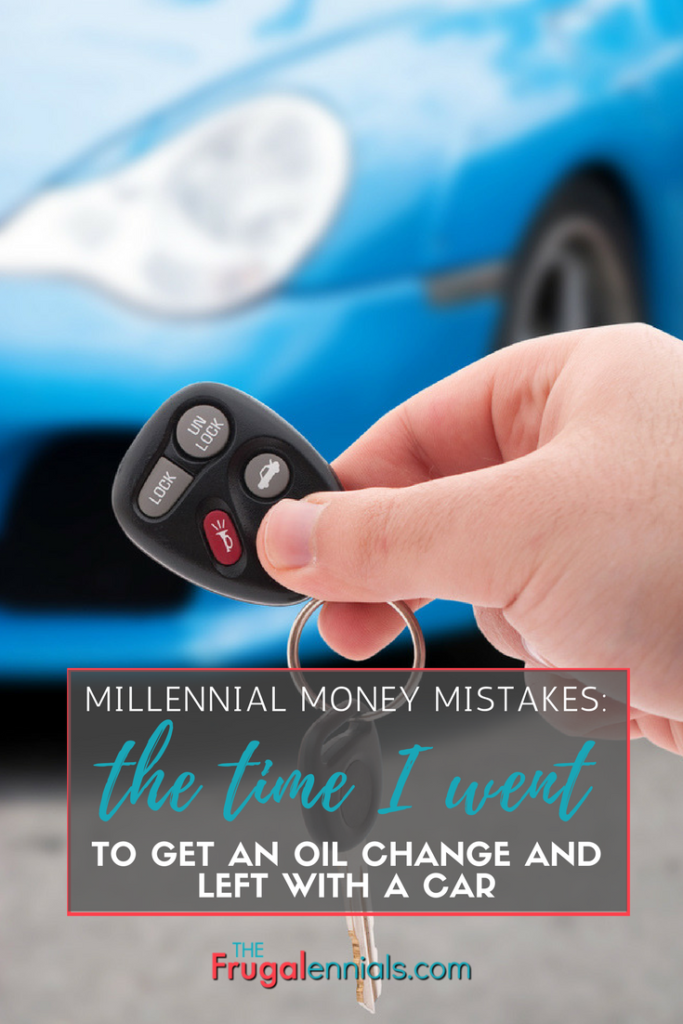 The day started out as every day before it had. I woke up with just enough time to brush my teeth, throw on a shirt/tie (and pants, of course) to rush out and begin my traffic filled–road rage inducing, drive to work.

On the drive in, I noticed that my mileage just hit 35,000 miles and immediately looked in the upper left corner of my windshield to see when I was due for an oil change. 33,000 miles, it read. No worries on my part though, I had just bought the car within the year and it was a Honda. Everyone knows that Honda’s are SUPER reliable and would certainly go 2,000 miles past the recommended oil change point.

To be safe though, I scheduled an oil change appointment around my lunch time to avoid putting it off any longer.

Mistake #1 – Setting the appointment at the Car Dealership

As far as I can remember, I have always been a ‘Car Guy’. Most of my childhood pictures involve me either in cars, playing with toy cars or talking someone’s ear off – presumably about cars. Even to this day, I will unintentionally bore my wife with the specs of the car sitting next to us at the light.

So given all of this, I should have known that going to a car dealership to get an oil change would not be as simple as dropping off the car, sitting in the general waiting area with everyone else watching the corner mounted TV to see if the tenth guy tested on Maury really is the ‘baby daddy’.

After dropping my car with the attendant, I sat for a few minutes in the waiting area that was coincidentally in the middle of the showroom floor. Not good, not good at all! In fact, this was VERY, VERY BAD. This was an ‘I’m really trying to watch what I eat but sure I’ll have an Oreo – oh, sorry…I think I finished off your box of Oreo’s’ – BAD.

So, as you can imagine, I just had to walk around the showroom – and ultimately outside – to see what features the new models had. Mind you, the car that I was getting an oil change on was brand new when I bought it…and that was less than a year ago. ‘But they had to have changed something’ I internally justified. And besides, ‘I’m just looking – I’m not really going to buy anything’.

Now, I don’t know this to be fact, but I have a pretty strong feeling that there is some kind of flashing sign in the sales office that senses the internal dialogue of the self-proclaimed ‘window shopper’ and sends out their legion of ‘helpful associates’ to the rescue. In my case, it was ‘Mike’.

Obviously being at a dealership, I knew what the play was going to be. He was going to show me a beautiful car, make me believe that I couldn’t live without it and slowly, but surely, take my hard-earned money. So, of course when he approached, I quickly replied “I’m fine…just looking!” But I’m sure the gleam in my eyes from my ‘kid-in-a-candy-store excitement’ told a different story.

Fast-forward to ten or so minutes later, and we’re taking a drive in one of the cars that he had to show me because of the changes on this model year. So much for standing firm, I was hooked. Looking back on the whole thing, I was done before I even drove into the lot.

Mistake #3 – I STILL paid for the Oil Change

Needless to say, I ended up buying the car. I know, STUPID, STUPID, STUPID. But this was not the final money mistake I would make that day – far from it! Isn’t it funny how when you know you’ve made a bad decision, you tend to justify other bad decisions by using that as a standard?

After the test drive and initial paperwork, I was running more than a few minutes late getting back to work.  Since the car wouldn’t be ready until later that evening and there was some additional paperwork that needed to be completed, I was able to get my old car and drive it back to work (which wasn’t far from the dealership) and bring it back as a trade-in later that evening. This was, of course, after I paid for the oil change that I visited for in the first place.

Apparently high off the excitement of buying a new car and being in a rush to get back to work resulted in another STUPID moment where I didn’t even question paying the charge.

It goes without saying that I clearly made some severe missteps with this whole experience and set my finances way back. Although I’ve changed my habits, in a lot of ways I think I’m still feeling the effects of this one decision many years later. In retrospect, I think a lot of it stemmed from an entitlement mentality where I thought I deserved a certain level of car because I experienced some success within my career path and that couldn’t have been any farther from the truth.

This is a common misconception of people in general and millennial’s in particular. All one needs to do is scroll down their news feed and you’ll see expensive cars, trips, and other materials items that if you’re not careful, will make you feel like you’re missing out on something because you’re not sharing in those ‘luxuries.’

Let me be clear, there is nothing wrong with nice cars, fun trips and enjoying material items – IF you can afford them. And by ,’afford’ them, I don’t mean that technically you can ‘pay’ for it but you’re eating ramen and frozen pizza for three weeks out of the month. That’s not living and the excitement of the moment is not worth the financial stress that will no doubt be felt down the road.

Do you have any #MillennialMoneyMistakes? How did you turn things around? Let’s chat!