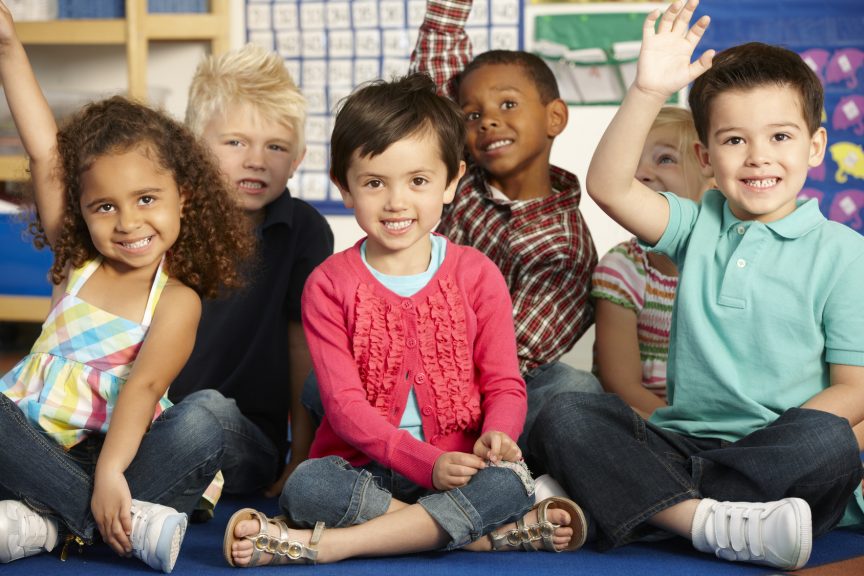 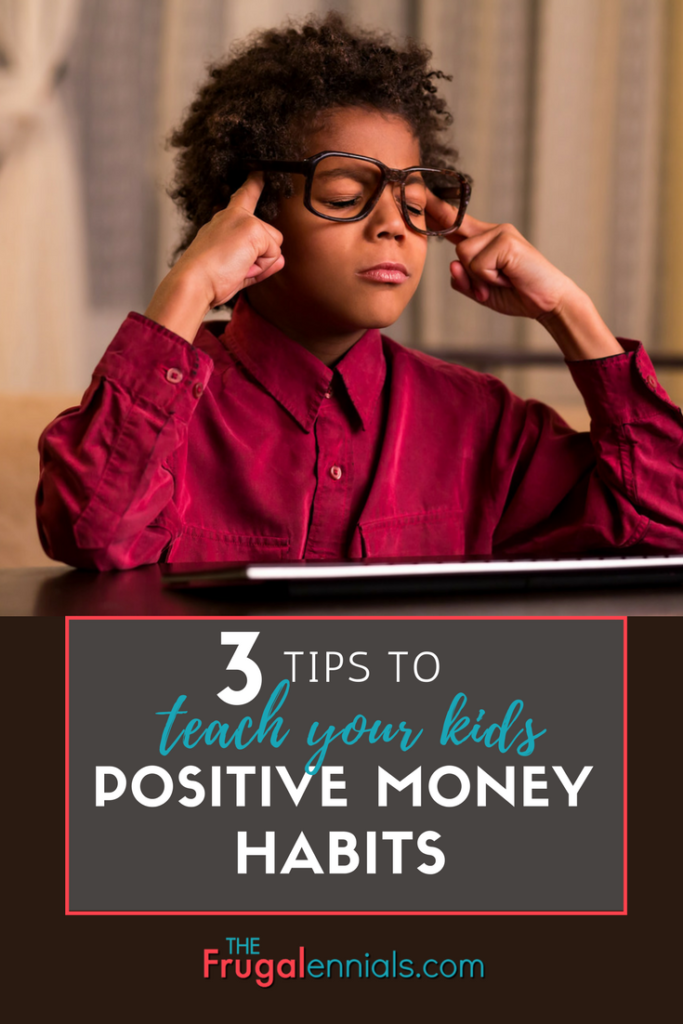 My oldest daughter is a pint-sized package of fun that keeps us on our toes at all times. At two, she’s already mastered the art of saying whatever is on her mind — often at the wrong time — which is hilarious.

*Like the time (as shared by my wife) she innocently reminded the lady in the public restroom that she forgot to wash her hands. Gross, but very funny!

She’s also perfected the “mommy and daddy voice” when one of her dolls has done something worthy of reprimand.

It’s really funny to see how they become walking, talking, independent-thinking, mini-versions of us — both the good qualities and bad.

As parents, there are few lessons that we’ll teach our little ones more important than how to effectively manage money. In fact, if you’re anything like me, you didn’t make the best financial decisions growing up and wholeheartedly want avoid that path for your children.

I doubt any of us want to raise kids that are financially dependent on us well into adulthood. That’s why it’s so important that we teach and display the right behaviors around money while they’re young, so that when they’re older and out on their own — they’re really on their own…and out of our pockets.

Here are three of my favorites:

If you’re like me and have toddlers, you might consider waiting a few years before starting the money conversation with your little ones.

The truth is, although you may have to modify the message a bit to match their level of understanding, it’s never too early to start laying the foundation for positive money habits.

Even if they aren’t ready to fully understand ‘real money’ you should begin teaching them lessons that can be applied to money down the line.

For example, my oldest loves the movie Frozen. Seriously, it’s dangerously close to a full-on theatrical performance whenever she watches it, with props, dancing — the whole-nine. And she asks to watch it Every. Single. Day.

The thing is, we don’t always say yes.

And the reason isn’t just to spare our sanity, although it helps. It’s actually to help her to learn about value and purchasing power.

Frozen lasts an hour and forty-nine long minutes. That means that watching it is a privilege. Privileges are earned by working. Can you see where I’m going with this?

We’re not just going to watch Frozen all willy-nilly. A three-minute YouTube kids cartoon, maybe. But over an hour spent watching a movie requires a more substantial payment of sorts. For a two-year old, that could be any task that goes above and beyond their normal responsibilities of putting away their toys and cleaning behind themselves.

One example that I recently stumbled upon was unloading the dryer (with parents supervision) and helping fold clothes. Now don’t expect the clothes to actually be ‘folded’ in the end — but it’s really not about that anyway.

This is designed to help them understand that things of higher value (in this case Frozen) require more purchasing power (effort) than something of lesser value (YouTube cartoon). Later in life when she’s working with real money, she’ll hopefully have a better understanding of value and the costs (both literal and figurative) associated with a purchasing decision.

While the “let-them-figure-it-out” method may run counter to some of your personal parenting styles, try to hear me out before you head for the exits.

As parents, we want to shield our children from things that have the potential to negatively impact them. But in doing so, we can rob them of some of the best learning opportunities. Sometimes the best lessons come from poor decisions — especially when you’re young and the stakes aren’t as high.

So, step off a little all of you helicopter parents! Myself included…

I remember one of the best lessons I learned about money happened when I was in my early teens and we were preparing to go on a family trip — a four-day cruise. I saved up around $200 in anticipation of the trip and did a solid job of not spending a penny of it, until a few days before we were scheduled to leave.

I let a neighborhood acquaintance, let’s call him Tim, convince me to go to the mall with him. I didn’t have anything that I wanted to buy, especially since I was leaving in a few days, but I took my trip money with me — you know, just in case.

Long story long, I left that mall having spent $100 on — of all things — a gold necklace. Because, clearly it was necessary. And on top of that, I let Tim borrow $80 so he, too, could get a gold necklace — we were a classy bunch. The agreement was that he would pay it back before I left on vacation. Chances of that happening, slim. But I was young, trusting, and very naive.

For those of you keeping track at home, that left me with $20 whole dollars to spend on a four-day vacation.

If you’re wondering, I only got half of the $80 back that I let Tim borrow and that was after I made it back from the trip.

Luckily I was able to find a few extra dollars and probably had a total of $60 when it was all said and done.

There were a few important lessons learned in that moment. One, don’t let people borrow money. Ever! Pretty self explanatory.

Two, don’t spend without thinking about the repercussions.

All things considered, I enjoyed the cruise, but because I made a huge financial mistake prior to leaving, I couldn’t afford to enjoy many of the things that everyone else could.

Sometimes your kids are going to be reckless when spending money from birthdays, Christmas, allowance, etc, and that’s okay. Just make sure that you take advantage of the opportunity to help them understand that once it’s gone, it’s gone.

That means don’t bail them out!

Over time they’ll realize the consequence of their actions and hopefully be more apt to save for the things they really want, and avoid the temptation of spending unnecessarily.

I’m pretty sure I was destined to be a personal finance nerd at a very young age because many of the games I enjoyed as a child centered around money.

Monopoly was (and still is) one of my favorites, followed closely behind by LIFE. And although I learned a ton of life lessons (pun completely intended) from them, it seems that they are often overlooked by many parents as good financial teaching tools.

Monopoly was great for teaching how to save what I earned and ways to use that reserve for a need (or want) down the line. I also learned the basics of investing — specifically how a small investment of money, if done properly, can pay substantial long-term dividends.

There are plenty of other money-centric games to play with your kids that can help reinforce budgeting and other positive money habits.

Children are generally tactile learners — which means that they learn best by carrying out physical activities.

So try to make money lessons tangible by using things they can touch and feel. Play money and toy cash registers are perfect for introducing an element of fun into the learning. Something that may seem really simple, like coin and bill counting, is a great way for them to learn how money is quantified.

In all likelihood, teaching your kids positive money habits will require lots of patience and will probably be a lesson for you both. But, the reward will be raising financially savvy children that don’t move back home and live off of your dime well into their 30’s.

Teaching your children how to properly manage money is an important step in preparing them for financial responsibility and a secure future. But, remember, children learn primarily through observation, so if you aren’t “practicing what you preach” chances are they won’t fully take the message to heart.

Simply put, they are watching your every move so you need to model the financial behaviors that you want them to emulate as adults, starting now!

Either that, or plan on having them under your roof and on the household-payroll forever. Completely your choice.

What are some of the most effective methods that you’ve found to help teach your kids positive money habits?