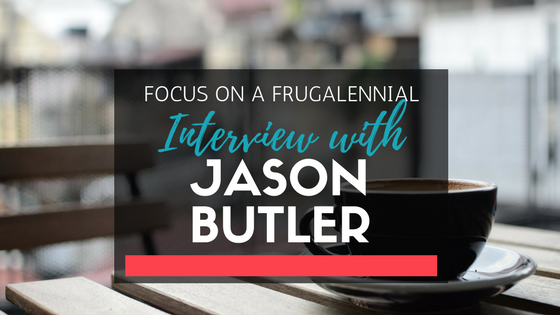 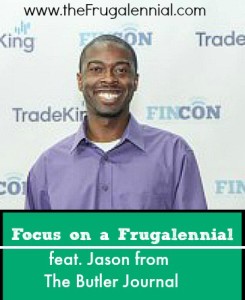 On today’s Focus on a Frugalennial, I had the opportunity to interview Jason Butler with TheButlerJournal.com. Jason is currently working his way through over $72,000 worth of debt by creating multiple streams of income in addition to what he brings home from his day job. To say that he’s been successful at it, is an understatement! To find out more about his ‘side hustles’ and how he regularly sees a return of over 50% by buying and selling things that you probably would never think of, head over to his site here – after you check out the gems he shares in the interview.

The Frugalennial: What are some of your financial goals (both short-term and long-term)

Jason Butler: I currently have three financial goals. Pay off my debt. Create a fully funded emergency fund ( 8 – 12 months of expenses) and Invest!

TF: How did your financial journey begin?

JB: My financial journey started off on the right track. My mother opened checking and saving accounts a credit union for my siblings and I when we were kids. When I went to college things started to turn south. I didn’t save as much as I used to.

Instead of saving I was spending money on going out…a lot. I realized that I had way too much debt by the time I turned 30. I love to travel several times a year but I didn’t want to use credit and get in more debt doing it. I knew there was another way. That’s why I started my debt repayment plan.

TF: What are some specific sacrifices that you made to pay down or avoid debt?

JB: I’ve made a few sacrifices since I started paying off this debt.  One is that cut down on going out. I used to hit a bar or a happy hour at least once a week. Now I only go out once a month if that. I’ve also stopped using my credit card. I haven’t swiped either of them since 2014. Another sacrifice is that I have a part time job. Some weeks I work everyday except for Sundays. I realize that it’s only temporary.

TF:  What aspect of getting your “financial house in order” has been most challenging?

JB: Saving has been challenging for me. I enjoy seeing the amounts of my debt go down. Because of that I haven’t been saving as much as I should. I’ve been trying to do better the last 2 months though.

TF: How do you manage your money?

JB: I use Mint.com. It’s very user friendly. All of my info such as bills and budgets is in one place. You can’t beat that.

TF: What do you consider a non-negotiable splurge? How do you determine how much to spend?

I don’t really have something that I splurge on. I do try to go out with friends at least once a month. I try to spend less than $40. I also decided that I wasn’t going to stop traveling during this debt repayment. I just have to make sure my trips are paid for mostly with my side hustles.

TF: What advice would you give the younger ‘you’ about money?

Do not try to keep up with the Joneses. Chances are they are broke. If you don’t understand money take a little time each day to read up about it.

You can find more information about Jason and everything that he’s working on by following the links below: