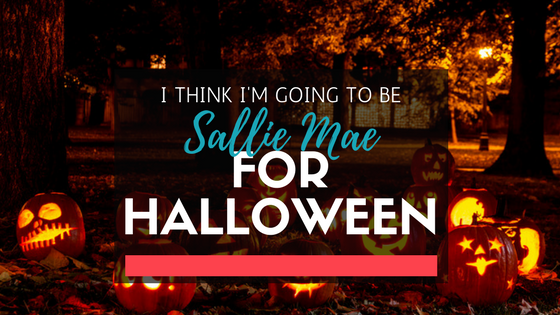 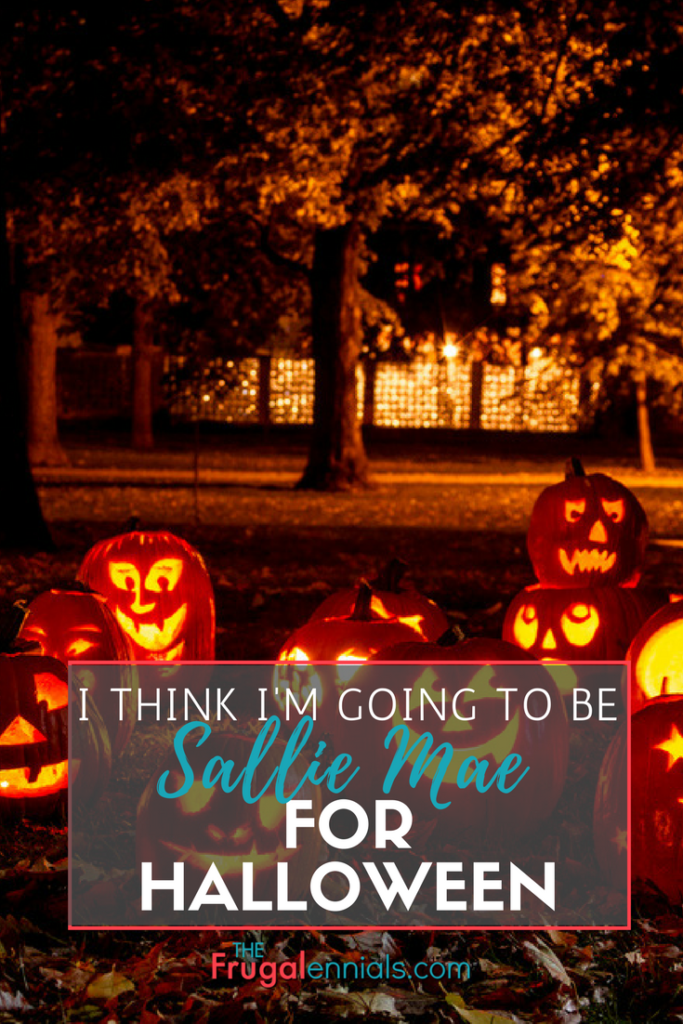 By nightfall Saturday evening, neighborhoods all over the country will be filled with hundreds of little princesses and superheroes knocking on doors and getting their fill of the cavity-inducing-goodness known as trick or treating. Halloween is the one time in the year where kids get to become their favorite characters from television and adults, well…get to act like big kids.

If I’m honest, I wasn’t always into Halloween and can’t recall many times that I’ve dressed up. Wait, scratch that. I did go as Carlton from the Fresh Prince of Bel-Air a few years ago.

*Fun fact: I’ve probably been told that I look like Carlton literally thousands (possibly millions) of times since the show has been running. Most recently it happened while I was picking up lunch in the chik-fil-a drive-thru. You can’t possibly have any idea how annoying it is. “Do the dance,” they say “come on, do the dance”… 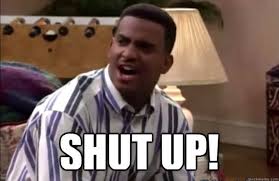 One year for Halloween I decided to finally embrace it and dressed up as him. Oddly enough, I actually won the prize for best costume.  I don’t see it at all, but apparently there’s a resemblance there somewhere.

But anyway, back to my point.

Since I have two little girls of my own who are participating in the Halloween festivities, I thought it only made sense that I join in on the fun. So, instead of choosing to be a clown or a walking dead zombie or Dancing with the Stars contestant; I decided to be someone who evokes fear in the hearts and minds of millennials worldwide – Sallie Mae.

If you’ve ever taken out a student loan to pay for college, you are probably very familiar with Sallie Mae. For those of you that haven’t, allow me to introduce her – well, what I’d expect her to look like if it was a real person. 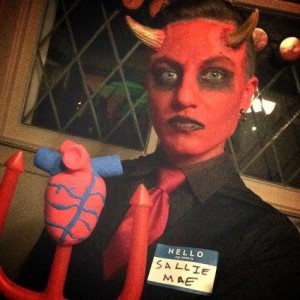 What is Sallie Mae? (according to investopedia.com)

SLM Corporation, more commonly known as Sallie Mae, operates as a financial services company that focuses on educational loans in the United States. At its beginnings in 1972, Sallie Mae operated as the Student Loan Marketing Association, a federally-chartered, government-sponsored enterprise. Although that government status was terminated in 2004 and the company become incorporated, it was still viewed as a government agency by many outsiders. Confounding this perception, starting in 2004 its “quasi-government” status persisted because it offered and serviced the Federal Family Education Loan Program (FFELP). FFELP loans were education loans offered by private companies that were guaranteed by the US government and Sallie Mae was the largest originator of these loans. Sallie Mae and other banks would then resell these loans to investors to make additional revenue.

Like the boogeyman we thought lived in our closets growing up, many of us try to suppress the fear associated with Sallie Mae in hopes that the whole thing was a farce and not nearly as bad as initially thought. Not a chance, says Sallie…not a chance!

Granted, we as consumers are responsible for reading the fine print and should be aware of the ramifications of the loan terms that we agree to. However, sometimes you just can’t help but feel like you were in a no-win situation from the beginning.

For many it’s a vicious cycle where you take out loans to go to college so you can study and get a good job, only to earn just enough money to pay back the loans you took out in the first place.

And no, this is not one of those “feel-bad-for-me-I-have-a-college-degree-and-a-mountain-of-debt” sob stories. Not in the least.

I was fully aware that those financial aid refund checks weren’t just free money and knew they would eventually have to be paid back – with interest. Lots of interest.

That, however, doesn’t negate the fear (and anger) at the fact that my current amortization schedule has me paying student loans until right about the time my oldest daughter is heading off to college. She’s two! Pretty scary stuff, huh?

In the spirit of Halloween, here are some scary statistics attributed to student loan debt:

Scared yet??? Let me know your thoughts on my Halloween costume. Join the conversation!