Warning: mkdir(): No such file or directory in /home/customer/www/thefrugalennials.com/public_html/wp-content/mu-plugins/endurance-page-cache.php on line 1452
 (The Re-introduction) Hello, it's me - the FRUGALennials 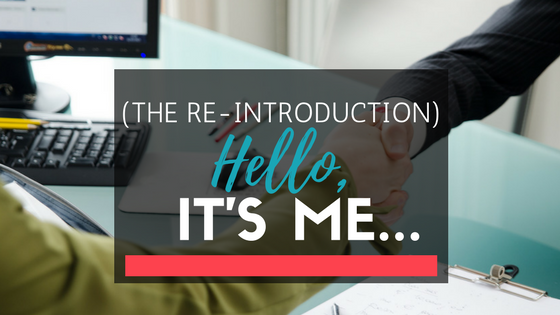 [fusion_text]Forgive me for channeling my inner Adele…but I thought it was appropriate since it’s been a while. 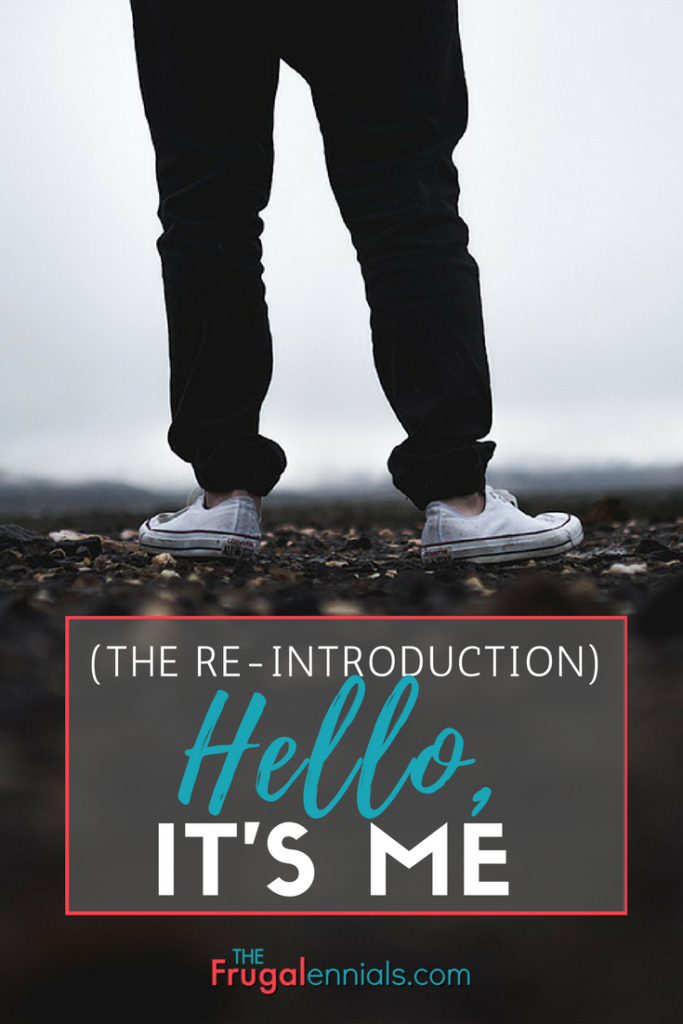 A long while, actually. Like seventy-five days, three hours, and sixteen minutes since I’ve added a new post to the site. But…I mean who’s counting, right?

I’ve got to be honest with you — I thought about just starting back up and giving you all an amazing post filled with tons of the debt-destroying, income-increasing goodness that you’ve come to expect, but I just couldn’t do it. Well, at least right now I couldn’t do it. It just wouldn’t feel right to jump back into blog posts without explaining the reason for such a long absence. We’re old friends now and I think you deserve that much.

When I started this site, I wanted it to be a number of things. First, a resource for frugal millennials like myself who wanted to owe less, earn more and live a full life without all of the fluff that society says you need. Second, a creative outlet where I could share my nerdiness and undying love for all things personal finance without ridicule. And finally, a source of accountability in my own financial journey.

In the short amount of time that the site has been live, it has been all of that and more. Even though I have yet to win an award, or make a ton of money from the blog, I consider it a success if just one person finds some of the information that I share valuable. And so far I think I’m on the right track.

By now you’re probably thinking that none of that has anything to do with why I haven’t written a post in two months, but be patient…I’m building up to that.

While I didn’t originally plan for it, creating this blog has given me an opportunity to share my passion for finance by freelance writing for a few other places online. The best part: I am getting paid for it!

In fact, I’ve expanded my efforts to the point that I have submitted a resignation notice to my day job and as of Feb 12th, I will be leaving the corporate world behind to embark on my own entrepreneurial journey. More on that in a second.

While the increased income has been wonderful, the downside is that my time is much more limited and, as a result, this site has gotten a lot less of my attention.

I never once forgot about the site, in fact, I have literally hundreds of notes, links, and half-written posts saved on Evernote. It’s just that with a full-time job, a wife, two young daughters, a growing freelance client list, and everything in-between; it became harder and harder to carve out time to post on the site.

Sure, I could’ve put some half-hearted effort into a post or hired a ghostwriter to produce content and pass it off as my own, but that’s not really my style. I only want to publish information on this site that’s going to add some type of value to your (financial) lives, and I want it to reflect my voice with all of the dry humor, sarcasm, and, awkwardness that you’re used to.

So for the four of you that actually read my blog, I’m sorry for being away for so long and I’ve already put some plans in place to ensure that it doesn’t happen again.

Why I’m leaving my day job

A few months after I started this blog, I came across another personal finance blogger who was looking to hire someone to write a few posts per month. I saw it as a way to make extra money to pay down debt and maybe even drive traffic back to my site. I shot him an e-mail, he hired me and I’ve been writing for his site ever since.

A funny thing happened shortly after I started working with him. I enjoyed the fact that I was earning extra money from a side hobby and began thinking of other people that could possibly use an extra writer. I figured that I didn’t have anything to lose so I sent them all an e-mail. Surprisingly, a few of them said yes.

Over time, a few more people said yes…so much so that the income from, what I originally viewed as revenue-producing hobbies, started to rival the take home pay from my day job. Now, instead of working two full-time jobs, I decided to take a chance and work for myself. Of course it’s risky and not the ordinary path that you’re taught as a child, but after considering all of my options, the decision was perfectly clear.

At it’s simplest, I was comparing multiple sources of income (freelance work) vs. one (corporate job). Not to mention a flexible schedule that was more conducive to life with young children and an excape from cubicle walls and fluorescent lighting. Win-win-win.

While I don’t expect my workload to decrease as a result of self-employment, I added this site to my client list and schedule time for it just as I do the jobs that I’m being paid for. What that means for you is I’ll have a lot of new content coming your way and hopefully you won’t have to sit down and read another one of these “I’m sorry” posts. You’re welcome!

Since we’re back talking, let me know in the comments section a few things that you would like to see on the site this year.