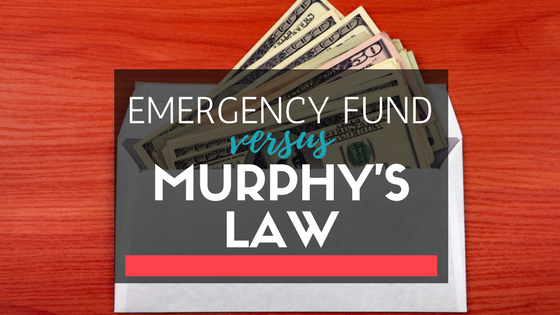 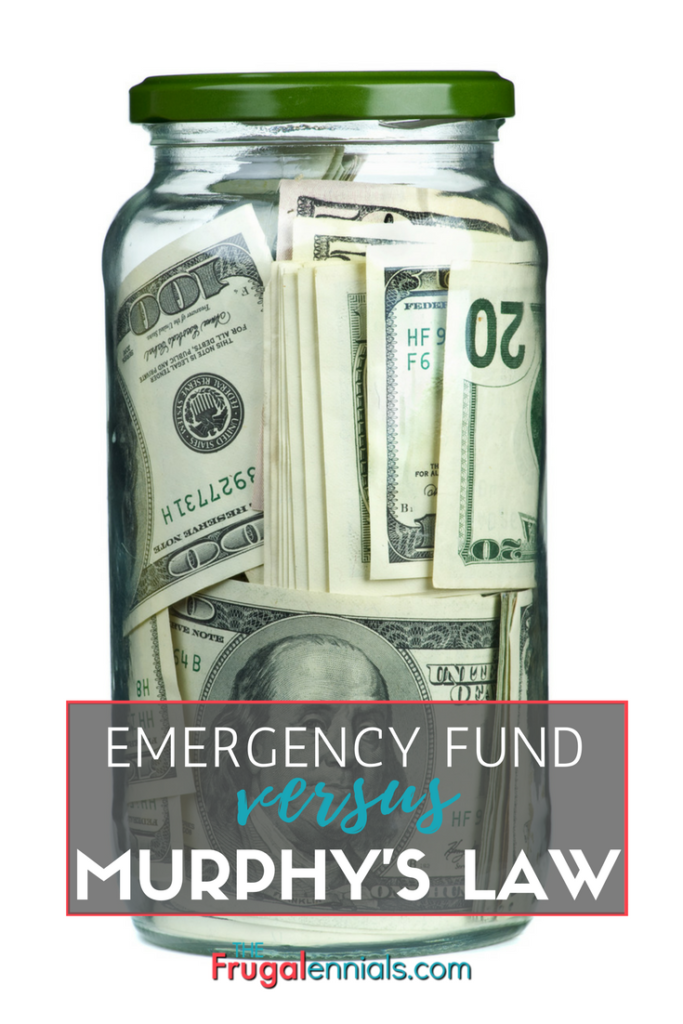 To tell you the truth, I hadn’t planned to write this post for a while – if ever. I thought that if I hadn’t done a good enough job of mentioning how important having an emergency fund is by now; you certainly would have heard about it somewhere else.

Maybe I thought the concept was too simplistic. Maybe I thought it was overdone. Maybe I should’ve done myself a favor and stopped thinking all together, because I could not have been more wrong.

The month of August in all of its hot and humid glory, proved to be one of the most challenging that my little family had faced in a while. Apparently Murphy’s Law really is a ‘thing’.

*Before I get too carried away, I should probably let you know that what you’re about to read is, for the most part, a rant. A rant that will likely contain little to no practical financial advice. I promise to make up for it in a future post. And besides, everyone loves a good rant every now and then, right?

So let’s continue, shall we?

In order for you to get the full picture of my plight, let’s take things back to April. All things considered, April was a really great month as my wife and I welcomed our second child (another girl, if you’re interested) into the world. Being the prepared person that I am, I had the delivery and majority of the other miscellaneous fees paid before we left the hospital. Not just that! I had even calculated how much money we would need to have saved to account for the decrease in income for the three months of maternity leave PLUS our $1,000-Dave Ramsey approved-emergency fund.

So, yeah…I thought I had just about everything covered. Until life happened.

Bringing a baby home and adjusting to their schedule is challenging. Add to that, a busy toddler and parents that are adjusting to a new normal themselves, and you’re teetering on the edge of insanity at times. I guess since we hadn’t fully lost it, our air conditioning unit decided that it would try its hand at being the straw that broke the camel’s back and stopped working for a little over a week.

If you’ve ever visited Texas during the ‘summer months’ of late March through Thanksgiving, then you might have an idea of the uncomfortable 2000 sq ft. sauna that my house became. If you haven’t, let’s just say it was like sitting in an oven with the temperature set to ‘HELL’ wearing one of those trash bag looking units that Missy Elliot wore in her ‘I can’t stand the rain’ video. (*See reference below)

Lucky for us, my in-laws live about five minutes away and we were able to stay with them for the week. For most people this would’ve been the worst part about having the A/C go out but I actually have some great in-laws – and I’m not just saying that because they read the blog. Even then, a week feels like a VERY LONG TIME for a family of four sleeping on a blow-up mattress with a slow leak.

After nearly depleting our savings account to cover the new compressor for the A/C unit, I was hopeful that I was done with ’emergencies’ until my wife went back to work and we could rebuild our reserves. But good ole Murphy and his law decided to step in.

This time the emergency came by way of a tree. Not just any tree but one of the largest trees around my house. Apparently this 40+ year old tree decided that it had enough and wanted to split. Literally. (Lame, I know) 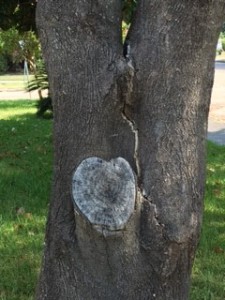 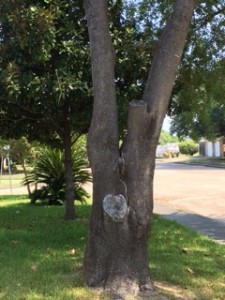 You may not be able to tell much from the picture so I’ll help illustrate it for you. First off, it’s a pretty sizable split in the tree. Second, hurricane season was right around the corner. Third, when the tree fell, it would either fall to the left which would damage a whole side of my house or to the right, which is the main street that runs through the neighborhood. Needless to say, I didn’t have many options. It was only a matter of time before it would fall on my house which would involve a costly deductible or worse, fall on someone driving by and cause unthinkable damage.

Putting money aside on the off chance that a tree will develop a crack and fall was not even a thought in my budget planning. Does anybody really plan for stuff like that? On top of that do you know how much it cost to cut down a tree? 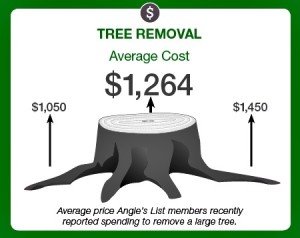 Although I had been very diligent about our spending and anticipated as many expenses as possible, we were getting really close to exhausting the remainder of the funds. Since I refused to accumulate any additional credit card debt my options were limited. So what did I do, you ask?

First, I called several people out to get an estimate that came in far better than the ‘average cost’. Second, I went through everything in the house that we no longer used and planned a garage sale that netted us a little over half of what we needed for the tree removal. In the end, the tree was taken down with no damage to the house and minimal collateral damage to our family finances. The funny things is I had been mulling over a garage sale for weeks because I knew that it would give us a little extra cushion, but it’s something about having your financial ‘feet to the fire’ that pushes you from the idea phase toward action.

To bring the rant back home, as boring and useless as an emergency fund may seem; you MUST have one in place if you plan to have any success with your finances. Even the best laid plans in the world can’t anticipate everything. I found that out first hand and at the worst time, mind you. Looking back on everything, my experience was more of an inconvenience than a truly detrimental event. And for that, I have my boring, old trusty emergency fund to thank.

For those of you keeping score: Emergency Fund 1 – Murphy’s Law 0

Have you been in a situation where your emergency fund saved you from financial disaster? Let’s hear about it! Join the conversation.