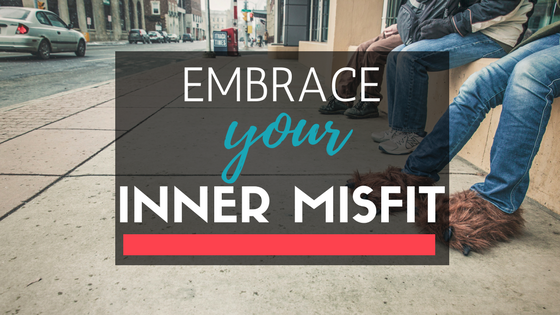 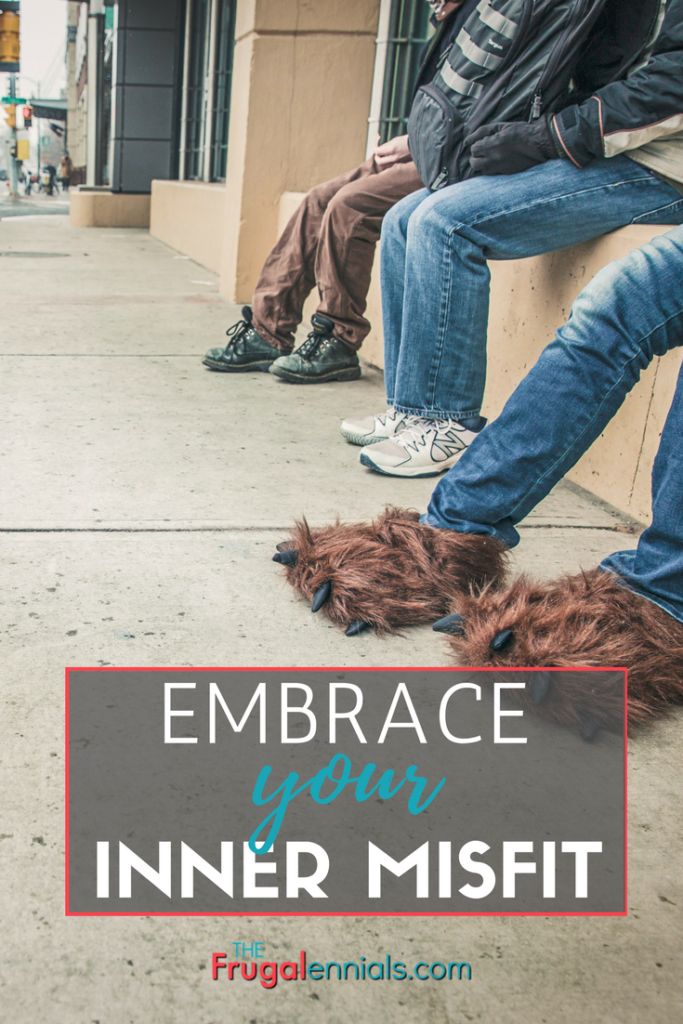 If you’ve lived long enough, you’ve probably heard some version of the advice that says “if you’ll just fit in – you can get ahead.”

It starts in early childhood where, in school, you’re conditioned to stand in straight lines with the rest of your class – without so much as making a peep. You’re told to raise your hand and answer questions ONLY when called on because not following those rules could result in some form of punishment and, even worse; have you labeled a ‘misfit’.

This type of conditioning follows you into adulthood and considerably increases as you get older with societal expectations inclining you to believe that if you don’t fit into an arbitrary ‘box’, you’re somehow ‘less than’ or an ‘outlier’

I’ll be the first to admit that most of my life has been spent becoming an expert ‘fitter in-er’. But even with all the time spent practicing, I don’t know that I ever truly succeeded. Due to being vertically challenged most all of my life; I never really fit in with the athletes. Although my mother always told me I was smart (and kind and important), my lackadaisical attitude toward completing assignments in a timely manner didn’t help me fit in with the honors class crowd.

So where did that leave me, you ask? Granted, I had a few friends (the human kind – not imaginary) and I was generally liked by most of my peers, I would still say that for the most part I was an outsider. This, of course, left me stuck trying to split my persona into two people – one that sought the approval of everyone around me, and the other; that was content being himself.

I think the ever-so-eloquent Dr. Seuss put it perfectly when he said – 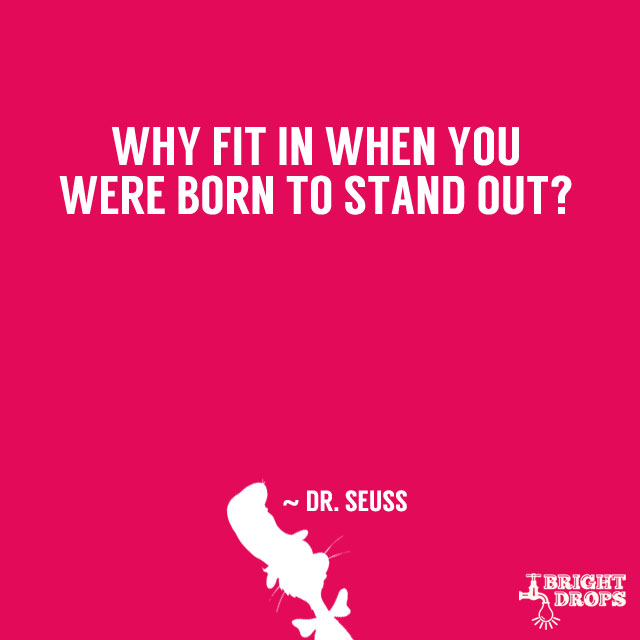 I can’t imagine that I’m alone in having felt this way growing up. I’m sure many of you can relate and some may still feel this way today. The difference is that these days it’s not the nerds or the varsity athletes that are cold-shouldering you for not being in their circle, now it’s almost as if society as a whole is opposing you for taking action against unnecessary consumerism and becoming financially savvy.

As the saying goes, the more things change – the more they stay the same. And since we have decided to pursue a journey toward financial freedom, we are once again labeled misfits. 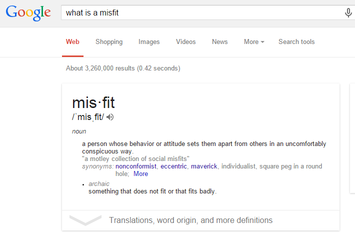 Historically, misfits have gotten a bad rap, but hey the X-men were characterized as misfits and it seems to have worked out pretty well for them, right?

This has to be the case with us. Despite how much unbridled spending and debt has been normalized, we have to go against the herd mentality. Just as it was when we were growing up, we should feel awkward when we resist our natural inclination and try to fit into someone else’s definition of normal.

We SHOULD feel weird when we give into the temptation of a clever marketing campaign. We SHOULD feel abnormal going into debt for things that we don’t need because, at the core of our being, it’s just not who we are. If it was, you probably wouldn’t have gotten this far in reading this post.

Like a pig wallowing in mud, the idea of ‘normal’ has many hardwired to be comfortable wallowing in financial distress. Financial strain is a way of life, with many people choosing to accessorize their ‘shackles of debt’ rather than remove them all together.

Even if your ‘ball & chain’ is platinum and diamond encrusted, it’s still designed to restrain you.
Powered By the Tweet This Plugin

Sure, many of us have made a number of financial mistakes that we’re not proud of but the fact that we’re here and looking for ways to improve our situation is exactly what makes us different.

We ARE the misfits of society and it’s about time that we start embracing it!

So allow me to reintroduce myself – Hi, I’m Kelby and I’m a misfit. I’m going to refuse buying things that don’t align with my long-term financial goals, even if I’m judged for it. I’m not going to worry anymore that I’m “too cheap” or “missing out on something” when I avoid paying for experiences that many of my peers delight in. I’ve worried about too much for far too long. And in case you’re curious, I’m a lot happier not being normal.