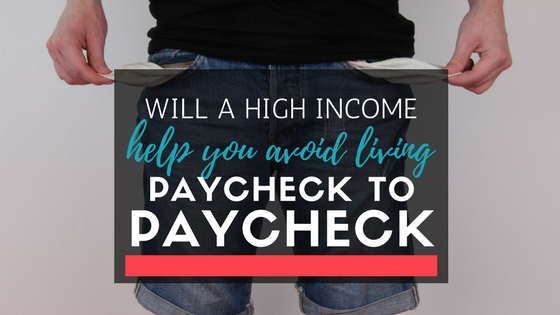 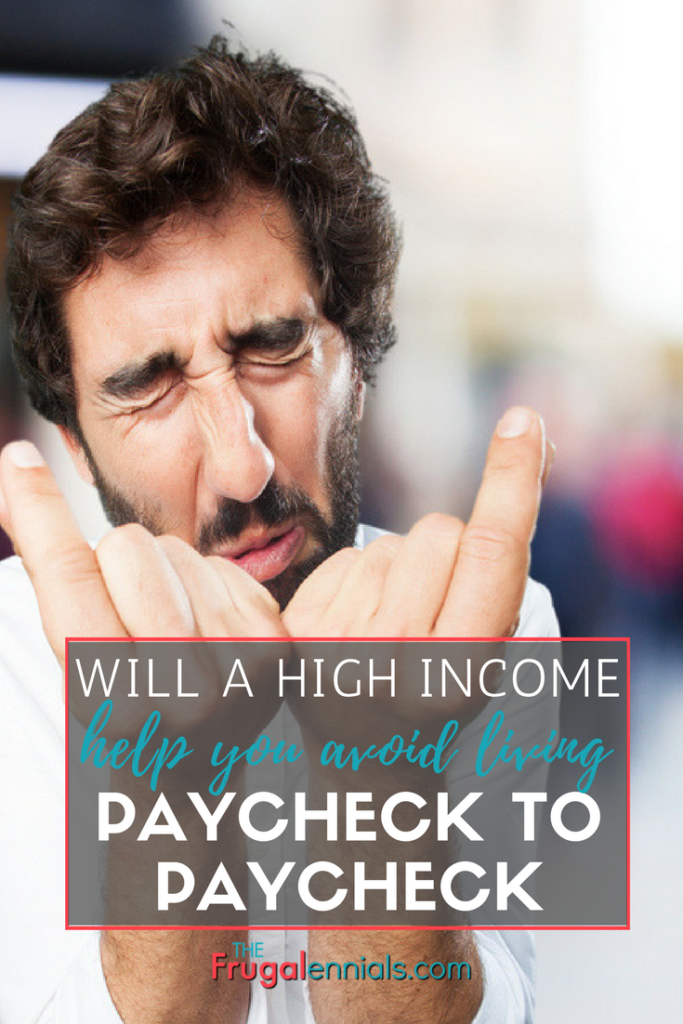 Have you ever find yourself thinking, “if I only made $X more per year, my financial situation would be in much better shape”? Personally, that’s crossed my mind more times than I care to count and I’m sure I’m not alone.

While it’s normal to allow your mind to wander into the abyss of ‘what-if’ and consider the abundance of resources that would be at your disposal if your income was substantially increased.

The unfortunate truth is; that daydream rarely pans out.

It reminds me of a conversation that I had a few months ago with a close friend who easily out earns me by around 200% working as a fancy-pants, highfalutin, C-level executive of a hospital system.

You can clearly tell that I’m not the least bit jealous, right?

Despite the fact that I could find about a bazillion (yes, it’s a word) good things to do with the difference in our salaries, I actually don’t envy him at all. You want to know why?

Yes, you read that correctly. My friend, who earns well over six-figures per year and has done so for the last four to five years, lives hand-to-mouth.

Outwardly, he doesn’t fit the appearance of what you would expect from someone living paycheck-to-paycheck. For instance, he drives a late model German luxury vehicle, takes his daughters (both under three years old) to an expensive private school and lives in a master-planned gated community that backs up to a golf course.

He has all of the trappings of success, but doesn’t truly enjoy any of it because, in reality; he is literally one paycheck away from financial ruin.

How does this happen? Shouldn’t high income earners be immune to the paycheck-to-paycheck lifestyle that is most often associated with low and middle income earners?

According to a study by NBC News, that answer is a resounding NO! The results from that survey show that one-third of high earners are living paycheck to paycheck, and that number doesn’t seem to be decreasing.

But it’s not all doom and gloom! With the right steps, you can be both a high income earner and still be sensible about how to spend it.

Here are a few quick tips.

Independent of income, the number one reason most people end up living paycheck to paycheck is because they lack a plan. Without a proper plan you don’t really know where your money is going.

Things like eating out on a regular basis, purchasing expensive vehicles, and even paying for cable can feel like necessary expenses after indulging for so long. While there’s nothing inherently wrong with enjoying nice things, remember – these are wants, not needs.

Pretend to earn less than you do:

Living below your means and having an emergency fund in place will help you avoid financial distress. Although saving at least ten percent of your paycheck is ideal, you can start small and make incremental increases along the way. Setting up automatic transfers as soon as your paycheck hits your bank account is often the easiest way to get started.

It goes without saying that earning a high income is never a guarantee that you will avoid living paycheck to paycheck.  There are plenty of former professional athletes that will agree.
Any time you spend as much (or more) than you make on a regular basis, you are setting yourself up for financial failure.

The fact that you’re on this site and you’ve read this far down means that you’re serious about making changes. By changing your mindset and adjusting your habits, you’re well on the way toward eliminating the possibility of financial failure for good!