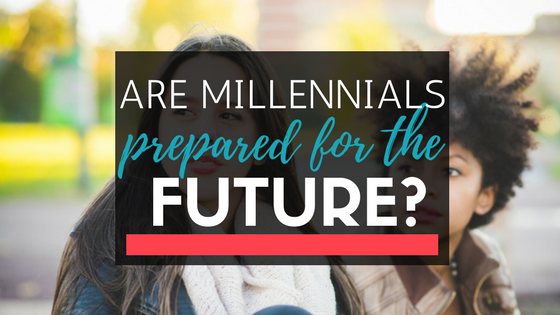 Hey everybody! Today on the blog I’m really excited to share a guest post from Trisha from the blog That Dang Vegan.  If you’re a millennial that’s questioning whether or not you’re prepared for the future, this one is especially for you!

You’ve probably heard the phrase a million times before, “millennials are lazy”. Of course, this myth has been disproven in the past, but nonetheless it’s still important to research habits of every generation. Not only do habits quickly change culturally, but also financially. As our economy grows and prices rise and lower, the youngest generation must decide which facets to focus on for their future.

If we measure a millennial as being born between, let’s say 1980 and 2000, most of those individuals are adults between the age of 18 and 35, which means that a vast majority of this group has serious responsibilities to attend to in order to continuously live comfortably including: rent or house payments, car payments, career opportunities, health insurance, and even saving for retirement – all of this takes planning. It’s been proven that the Baby Boomer and Gen X generation do not feel confident that they will be able to retire when they want. So, the question is, “Is this generation actually preparing for the future?” 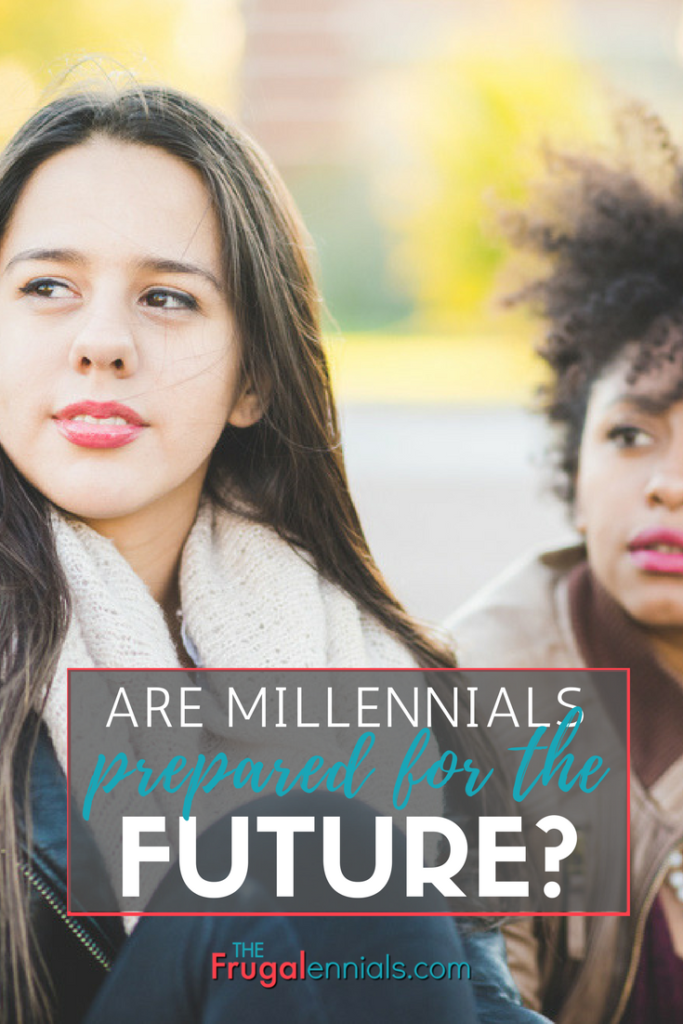 In order to break this down, let’s first check out millennial spending habits. First, taking a look at everyday expenses and necessities, millennials know how to stretch a dollar. Studies show that millennials eat out about 13 times per month on average and end up spending about $100 on their purchases. We can compare that to Gen X and Baby Boomers who eat out about half as much, but spend more – about $120 to $140 per month.

However, smaller on purchases, like coffee, millennial spending is higher than older generations. On average, all generations spend about $67 per month on their morning coffee, but millennials have bumped that up to around $80 per month. Researchers say this is due to millennial’s growing “on the go” type lifestyle and culture.

It seems that millennials just don’t have as much money to spend overall. Partly because older generations have had more time to become financially stable. Although, this is also due to the fact that costs have risen dramatically over the last two generations, but workers are still being paid meager wages.

As a result, millennials are reported to have more co-signers on things like student loans, auto loans, and even home loans, but they’re doing a great job of sticking to their agreements. Reportedly, 75% of millennials track their expenses, especially when they have loans to take care of, as opposed to the 64% of Baby Boomers. If that wasn’t enough, studies show that 67% of millennials stick to a strict budget, while 55% of Baby Boomers do the same.

Despite being paid very little and many prices continuing to grow, millennials (just like previous generations), are adapting to the economy’s current state. For example, 63% of millennials do not have a credit card. Only 35% of people 30 and over do not have a credit card, but millennials just don’t see a need for it. As we discussed earlier, millennials are focusing their wages on the things that count, things like food, rent, and transport (Not to mention many already have student loans to deal with). Millennials are simply not keen on the idea of going into more debt than is absolutely necessary.

With that being said, millennials are thinking about the future, despite popular contrary belief. Millennials are now investing around 7.5% of their wages into saving for retirement as opposed to about 5.8% from around 3 years ago – even with student loans! It seems that, again, like many other generations, as we grow older we begin to truly understand the importance of saving for the future.

What’s more, numbers also show that Baby Boomers and Gen Xers are making much more money these days, but haven’t necessarily increased their saving habits along with their wages. Yet, as a society, it seems we are all making improvements over time. In 2013, around 38% of Americans were prepared for retirement. Last year, that number jumped to about 45%. A rise in 7% over just two years.

In addition, preparing for the future means preparing for the unexpected. Insurance seems to be a tough subject for all generations. None want their families to be left in a precarious position if something were to happen, however, it seems that no generations are particularly paying attention things like life insurance.

Only 16% of millennials currently own a life insurance plan and only about a third are willing to purchase one. In addition, 1 in 4 individuals 65 or older have let their life insurance plan expire – they simply just stopped paying it. Some may have found their plans to be too expensive or have found other means of protecting their families in the future, but either way no one is jumping at the idea of paying for insurance.

In conclusion, all generations struggle from time to time, but we shouldn’t place the blame on younger generations simply because their economical situation differs from that of the previous generations. Financially speaking, things will always be changing and this data proves that every generation is much more similar than we give them credit for. We are all just doing our best to prepare any way that we can.