Warning: mkdir(): No such file or directory in /home/customer/www/thefrugalennials.com/public_html/wp-content/mu-plugins/endurance-page-cache.php on line 1452
 4 Money Myths That Are Sabotaging Your Financial Future - the FRUGALennials 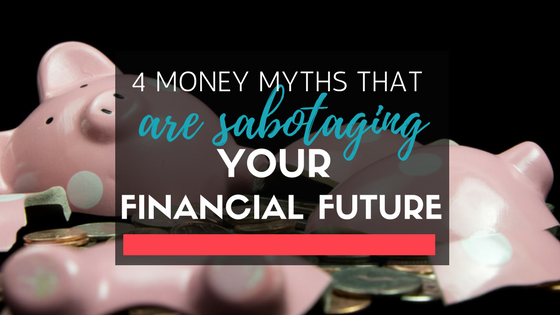 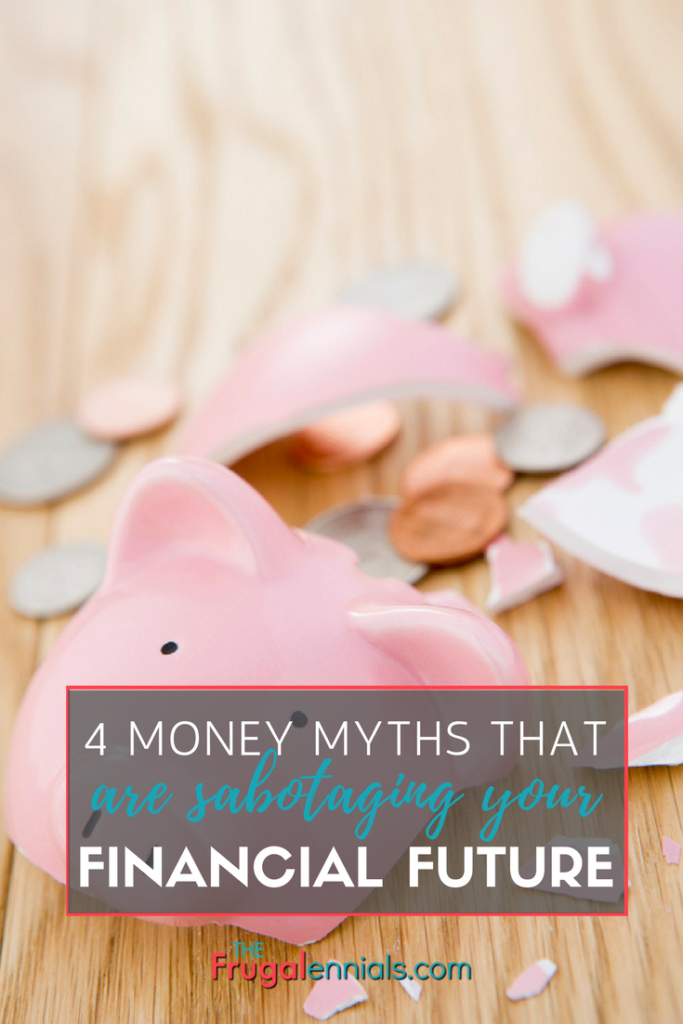 The older you get, the more you realize that all of the advice you received growing up wasn’t necessarily ‘good advice.’ Now, sure there were some great nuggets of wisdom thrown in there. Take for instance your parents and their “Life’s not fair” and “If it was easy, everyone would do it”.

But for each of those, you undoubtedly received some of your Uncle Buck’s ‘career suggestions’; your Aunt Joyce’s ‘financial advice’ and your neighbors ‘life lessons’.

While you’re young, you generally take advice from adults at face value because; well they’re adults, and they should have more wisdom than you. It’s only once you reach a certain level of maturity that you can begin to distinguish the good from the bad.

The same is generally the case with money. The difference tends to be that many people cling to bad financial information far longer into adulthood than they should and pass that off as well-meaning advice to others.

For the same reason you shouldn’t hire a personal trainer that’s 200lbs overweight and sweats profusely, you shouldn’t follow the financial guidance of broke people who tell you to spend money you don’t have because you ‘deserve it’. As well meaning as they may be, they can’t teach what they don’t know.

You’ll always have a car note

I’ve heard SO many people use this line to justify why they’re up to their eyeballs in car debt. The logic behind it just doesn’t make sense (or ‘cents’ – if you enjoy lame puns as much as I do).

You absolutely DO NOT have to have a car payment for the rest of your life.

Sure, you may not drive the brand new car that your buddy on Instagram just posted, but you can still have reliable transportation that you won’t be embarrassed to be seen in. Just think about it, according to USA Today, the average new-car loan payment is $482 – and that’s with an average payment period of 67 months. Hypothetically speaking, if you were to put off your brand-spanking-new-car purchase and instead drive what you have, while saving the equivalent of an average car payment for, say…18 months, you would have a just over $8,500.

Sure that’s not anywhere close to the average price of a new car ($33,560) but if you sell your existing car and combine that with your money saved, you could probably walk out of a car dealership with a car that has all of the bells and whistles you desire – minus the wealth-negating car payment.

If you earn enough to make the payments, you can afford it

Ok, let me say upfront that what follows this sentence might offend some – oddly enough, myself included (<—can one REALLY offend themselves, hmmm). If you can truly ‘afford’ something, you won’t have to make monthly payments. This includes cars, engagement rings, washers/dryers, computers and the list goes on and on.

The exception to this would be on the purchase of your primary residence. But even then, to truly put yourself in the best position for your financial success, you should hold off on buying until you have 20% to put down and the income to cover your mortgage payment with 30% (or less) of your take-home pay.

“That’s terrible advice, Kelby” – you say. “Who can afford to pay cash for big ticket items like a car? Cars are expensive!”

Indeed they are, but they don’t have to be. It all comes down to priorities. Is having the nicest car/ring/ whatever, worth making payments (more often than not, payments with OUTRAGEOUS interest) or can you make do with what you have, save for the things you want and build toward a better financial future?

There IS a such thing as ‘Good Debt’

I’m sure everyone has heard the term ‘Good Debt’ thrown around at some point in their lives. Often, it’s referring to your house, maybe even your student loans – the worst use I’ve personally heard was in reference to your car payment…because “You have to have reliable transportation, so that makes it good, RIGHT?!?!”

Well friend, sorry to be the bearer of bad news but it’s a LIE.

A farce, a travesty, a (sorry, I ran out of fancy-sounding words)! The idea of ‘Good Debt’ is inherently WRONG. If you look up the definition of debt, you would be hard-pressed to find a pleasant sounding definition. Instead you find weighty words like obligation, bound to others, and poverty. I don’t know about you but those words don’t translate into ‘Good anything’ as far as I’m concerned.

Now, before you jump all over me in the comments section about how your home shouldn’t qualify as bad debt…I agree with you, in theory. Let me explain.

While I can’t agree that having a mortgage qualifies as ‘Good Debt’ (partly because it would negate anything I said prior), I can concede that buying a home, when done the right way, is not a decision that would jeopardize your wealth building potential.

Money is the source of happiness

It’s easy to get caught up in the fantasy of what you see on TV or your social media feed and fall into the “If I only had more money” trap that has ensnared us all at one point or another. I read an article a few months ago on Forbes.com that talked about how extreme success often leads to depression – in some cases at more than double the rate of the general public (which is already at 20%).

In popular culture, success equals money and vice versa but clearly this is far from the truth. Money is a tool, and if used correctly, can improve your quality of life. Keep in mind though, that marketers are working very hard to convince us that we must have the next ‘it’ item in order to make us ‘happy’ and will go to great lengths to prove it.

Don’t fall for it! Instead, shift your focus to what truly makes you happy and undoubtedly it won’t have anything to do with money.

I’m guilty of falling victim to 99.231753% of these myths! What is some terrible advice you’ve been given about money and how did you overcome it? Join the conversation!